Paul Égré (PhD in philosophy 2004, Habilitation in Cognitive Studies 2015) is a Senior Researcher at the Institut Jean Nicod (CNRS) and a Professor in the philosophy department of École normale supérieure in Paris. His research over the last decade has been concerned mostly with the semantics, epistemology, and psychology of vagueness in langage and perception (viz. “Tolerant, Classical, Strict”, JPL 2012, with P. Cobreros, D. Ripley and R. van Rooij). Some of his recent work concerns the varieties of logical consequence (E. Chemla, P. Égré, B. Spector “Characterizing logical consequence in many-valued logic”, JLC 2017), and the nature of concepts (S. Verheyen, S. Dewil, P. Égré, “Subjectivity in Gradable Adjectives: the case of Tall and Heavy”, Mind & Language 2018). Paul Égré was a visiting professor at NYU (2013), and a visiting fellow of the Swedish Collogium for Advanced Study (2016). He is the current editor-in-chief of the journal Review of Philosophy and Psychology. For more information, visit his webpage.

Ulrike Hahn is Professor of Psychology at Birkbeck University in London and currently holds an Anneliese Meier fellowship at LMU Munich. Prior to this, she completed a DPhil at Oxford University (1996) and worked as Lecturer, Reader and Professor of Psychology at Cardiff University (1998–2012). Her research typically involves both experiments and modelling, and is presently focused on argumentation, judgment and decision-making. In these areas, she has extensively collaborated with philosophers. She also works on mental representation, language acquisition, and the role of concepts in cognition. She has published in a wide range of psychology and philosophy journals, received numerous prizes for her work and served on the Editorial Board of leading journals, such as Frontiers in Cognitive Science, Psychological Bulletin & Review, and Psychological Review. In 2015, she was elected fellow of the German Academy of Sciences “Leopoldina”. For more information, visit her webpage. 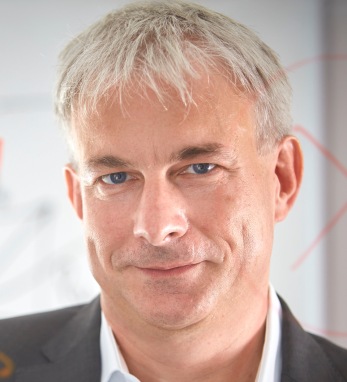